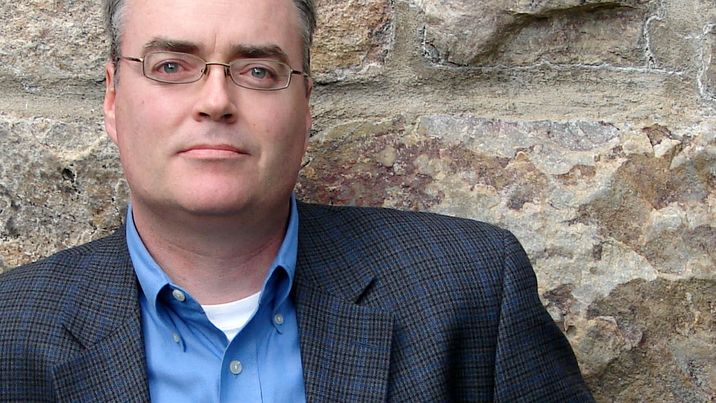 1. The Fifth Business by Robertson Davies

Robertson Davies captures small town life in Canada as only one who grew up in several small towns could. With its gentle humour, brilliant sentences, and captivating storytelling, this, to me, is a supremely Canadian tale.

This fine novel tells the story of three generations of the Gursky family and cuts a broad swath through the country’s history and geography. Any story that includes a plane crash, rum-running, and the Franklin Expedition puts a check mark in the “Canadian” box.

Few stories capture the distinctly Canadian humour, tone, and sensibility as well as Anne of Green Gables. While the musical may now be more popular than the book, it’s well worth revisiting the L.M. Montgomery’s classic for a few laughs, a few tears and a dollop of national pride.

4. Three Cheers for Me by Donald Jack

If you want to read a hilarious novel that captures the Canadian role in the Great War through the eyes of an oblivious horse-faced farm boy from Eastern Ontario (and who doesn’t?), I give you Three Cheers for Me. Written by the three-time Leacock Medal winning Donald Jack, this is a comic masterpiece, and oh so Canadian.

5. Stories About Storytellers by Douglas Gibson

Canadian writers have played a profound role in shaping how we view our own country. The history of Canadian literature is a critical strand running through the history of Canada. Why not read about some wonderful Canadian storytellers in a fantastic book by Douglas Gibson, an editor and publisher who has worked with some of Canada’s most influential writers including Robertson Davies, Alice Munro, and W.O. Mitchell? You’ll thank me.

Terry Fallis is a Canadian author and two-time winner of the Stephen Leacock Memorial Medal for Humour, winning in 2008 for his debut novel, The Best Laid Plans, and in 2015 for No Relation. To date, all five of his published books have been shortlisted for the award.

You can imagine how thrilled I am to be in this company. I have strong links with all of the other four authors.

I edited many ROBERTSON DAVIES books, starting with World of Wonders, the third in the trilogy started by Fifth Business. It is, of course, a superb book, and features in my show about CANADA’S GREATEST STORYTELLERS.

I knew MORDECAI RICHLER well, although I never edited his work. He, too, features in my new STORYTELLERS show, where he and I feud as his weary letters begin  “Gibson, Gibson”. Much of the excellent Solomon Gursky book is set in Magog, around the corner from my beloved North Hatley in the Eastern Townships.

Like every Canadian publisher, I published several of LUCY MAUD MONTGOMERY’S books, including Anne of Green Gables,( with an “E”). I talk about her in the STORYTELLERS show, noting that it was her Emily of New Moon that set young Alice Munro off on a writing career.

DONALD JACK is a great hidden comic genius. He  brought out  Three Cheers For Me in 1962, and its Wodehousian treatment of Bartholomew Bandy’s adventures among the horrors of Flanders Fields raised many eyebrows. When he brought me a second volume in 1972 ( entitled That’s Me In The Middle), I reshuffled the new book and Three Cheers For Me, so that they became part of  a continuing series.  Don generously signed the 1972 edition of Three Cheers For Me  with the words “For the originator of The Bandy Papers, Douglas Gibson”, so you can imagine how pleased I was to find him included here by Terry.

As for DOUGLAS GIBSON, words fail. But if anyone reading this has not yet read Stories About Storytellers, I hope you’ll see if  you agree with Terry’s generous assessment.