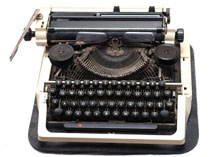 In this recurring feature, we’re sharing tips for editors from the desk of Douglas Gibson. Good for those starting out or old hands who need a reminder, these guidelines form an engaging guide for sharp-eyed wordsmiths.

A good editor should remove clichés. Yet all too often the clichés hide in plain sight, the adjective-noun combinations so accepted by the reader’s eye and mind that they become almost a single-word notion.

What “fiasco” is not “total”? When is an “inferno” not described as “raging”? When is a “defeat” not “ignominious”? When is “ado” not preceded by “further”?

A good test for the editor is to supply the adjective (“Ignominious . . . hmm”) and see what noun springs to mind. If the answer is automatic, we have a cliché to be avoided.